To quote Chuck Close, “inspiration is for amateurs.”

I’ve been trying to apply this in my artistic endeavors because I am an overplanner. Chuck’s point was that if you sit around and wait for inspiration, you’ll create very little art. And I’m an inspiration waiter. So when I was invited to participate in a local 6×6 exhibit, I was excited not only for the freedom to create anything I wanted, but to try and jump in with both feet and not fall into the trap of overthinking design. (Hey, that’s the name of this site.)

I came up with a silly idea—turning four of the most historic and recognized buildings in Lancaster, Pennsylvania into creatures. I’ve named the series “Prehistoric Lancaster.” And while I still did way more planning than I should have, healthy baby steps were taken.

And I had a blast! These were designed in Adobe Illustrator, printed reversed with a laser printer onto cheap paper, and transfered onto wood panels via acrylic gel medium. It’s a process I’ve been experimenting with. And rather than try to explain each step, I’ll point you to the same tutorial that I used.

These will be for sale at Prince Street Cafe beginning Friday, December 6th, 2013 and continuing through the end of the month. 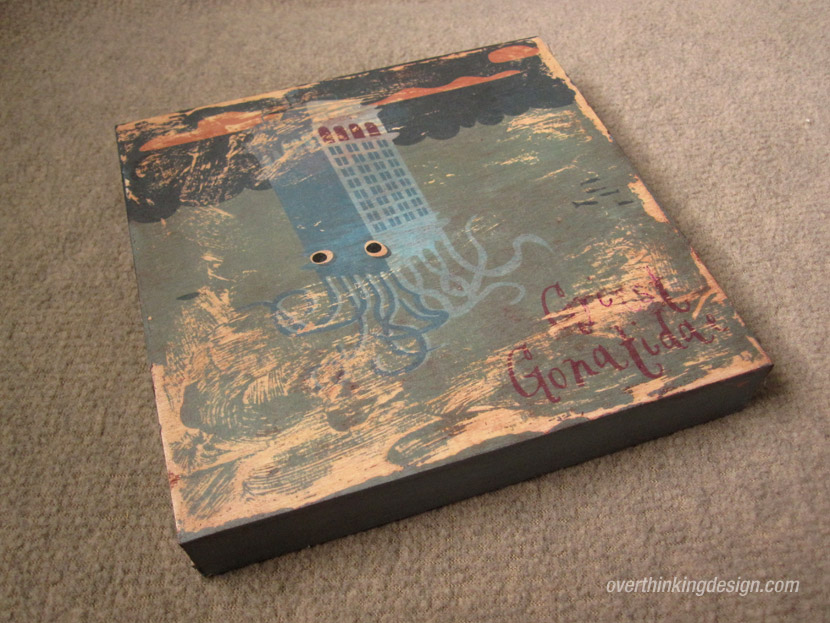 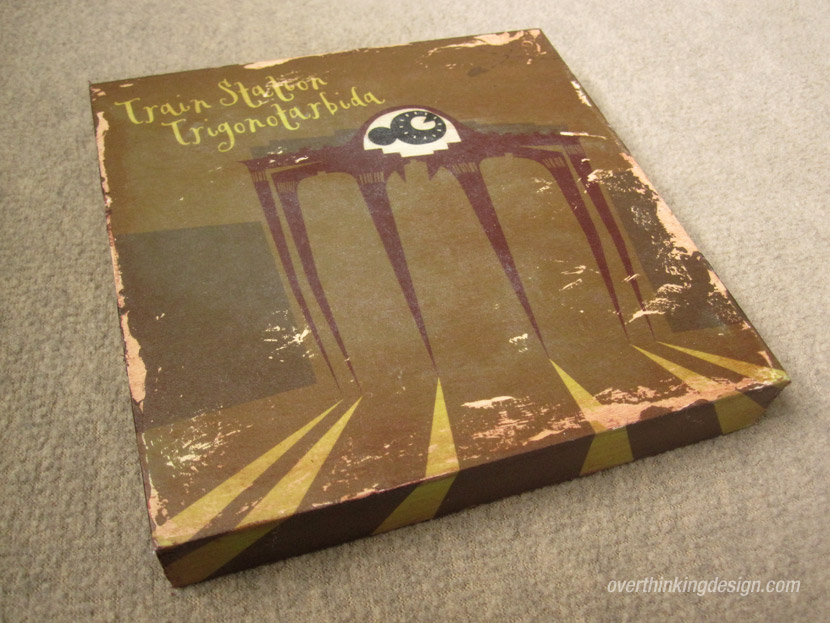 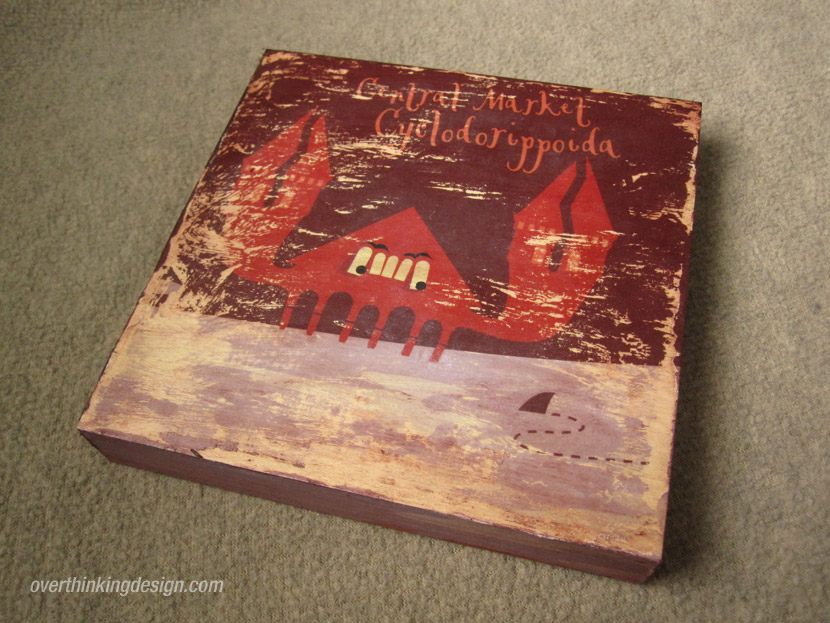 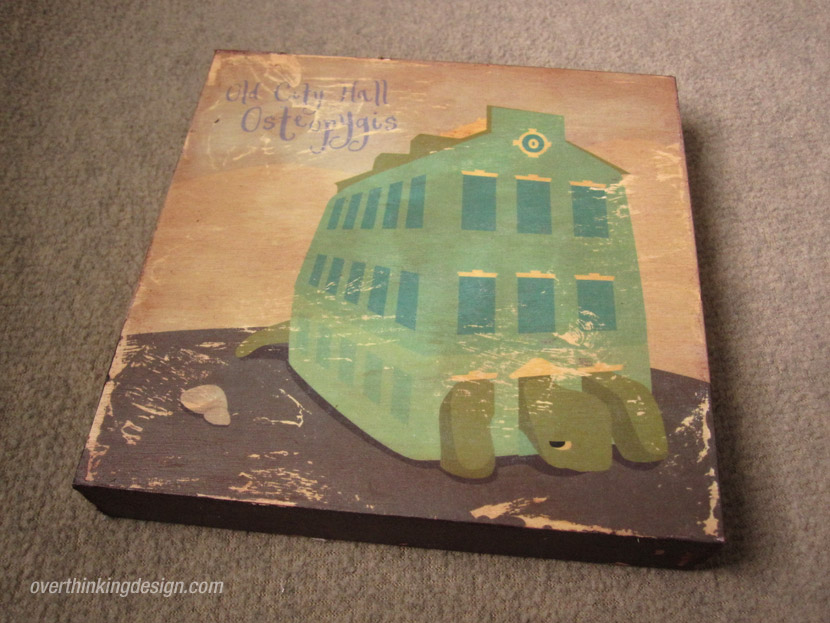