In 1931, Mexican juggler Rudy Cardenas was born into the Circus Suarez family where he made his first appearance at the age of three. He performed throughout Latin America before going to the United Stated. He toured Paramount theaters throughout the country for five years, after that splitting his time between Vegas and Europe. Rudy was the first to execute a three ball spin—one on a mouth stick—while doing a back rollover. He also performed with billiard pockets, eight shaker cups and would finish with a fast-paced hat routine. Winner of the Rastelli Prize and the Cantinflas Award, Cardenas is one of history’s most successful jugglers. 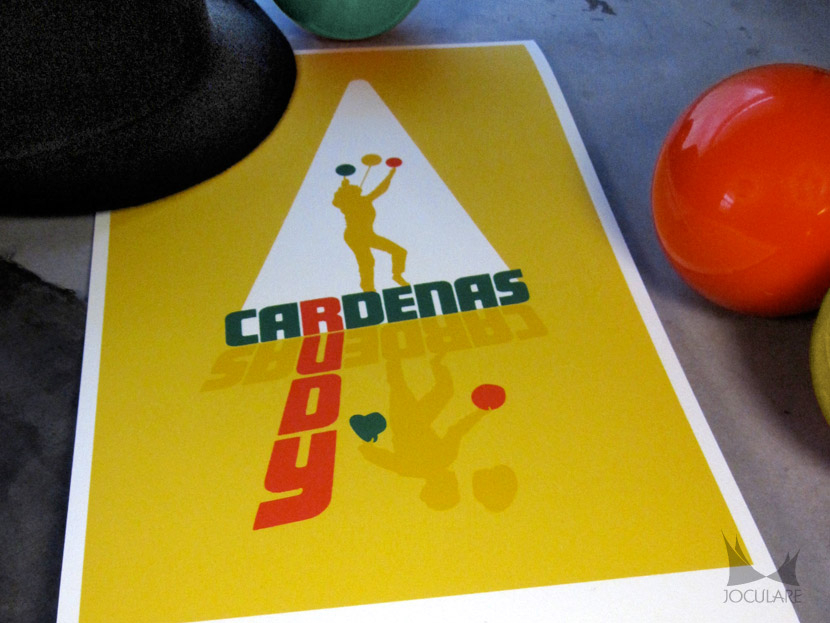 In researching Rudy Cardenas and watching his primary routine a number of times, it was clear his two biggest segments involved hat juggling and spinning balls. I couldn’t decide which of the two to feature, so I featured both. With a spotlight framing him, it was possible to cast a second Rudy in the form of a shadow. The two figures strike a similar pose, though they hold different objects. The main figure is manipulating three balls, while the shadow is working with three hats. Still, each group of three items forms a similar pattern and each position matches in color. The hope is for this to be noticed only at second glance. 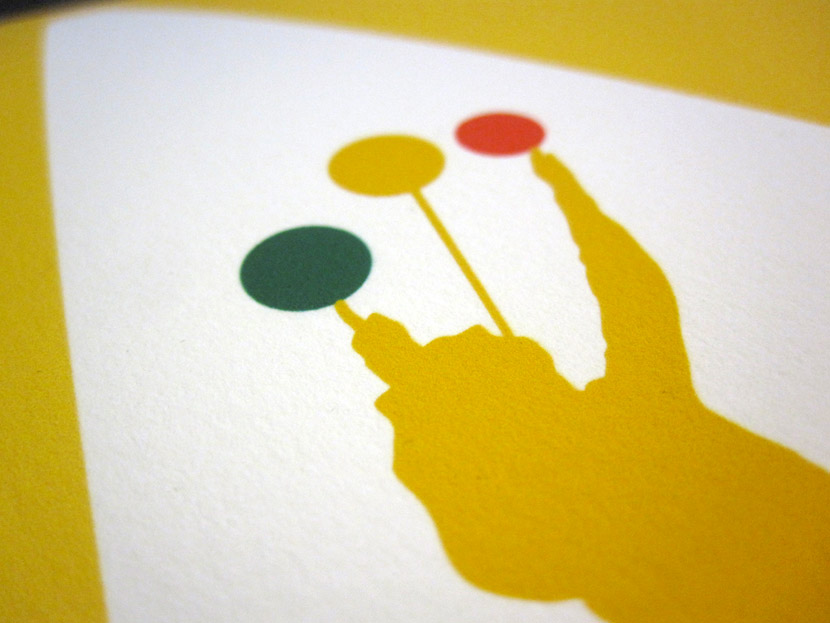 In a similar way, Rudy’s last name casts a shadow. But the shadow is reversed so that the shadow name is readable when the design is turned upside down. That allows the upside down “N” in Cardenas to double as a “U” in Rudy, with the last three letters in the first name shooting out from the R in a shadow-type shape. In this way the first name integrates not only with the last name, but with the scene itself. 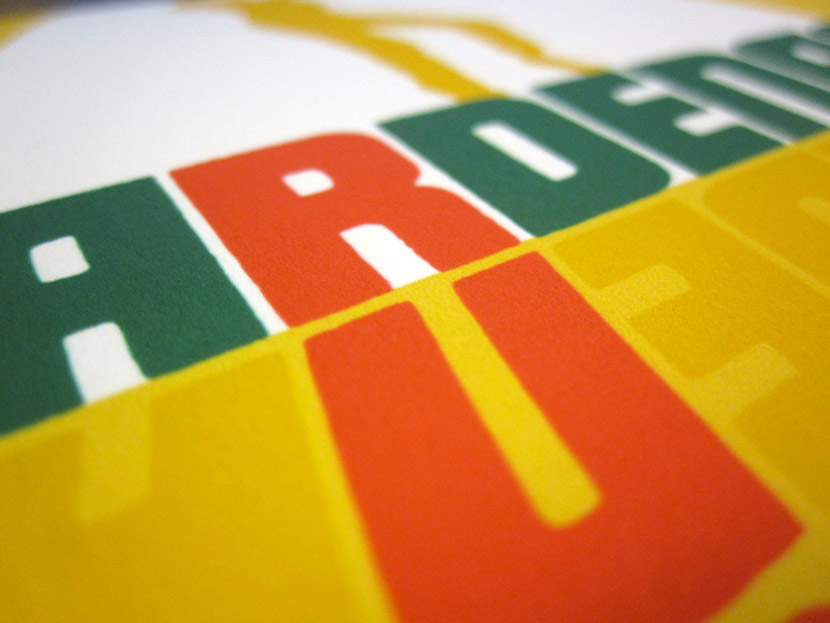 As Rudy Cardenas is probably Mexico’s most famous juggler, I decided to work the green and the red of the Mexican flag into his name and props.

And while there are many subtleties happening, I simplified and eliminated elements a number of times throughout the design process so that at first glance you simply see a man performing under a spotlight.