The past few Christmases I’ve working with a wrapping concept that had been in my head for quite a while. This year I came up with my Christmas gift wrapping idea less than a month before Christmas. My goal was to make the actual wrapping process simple as this has been a difficult year and I wanted to go easy on myself.

My idea was to create five layers of nested gifts. My nieces and nephews would each be given a gift to start out, but would immediately be told that they all had the wrong gift and had to figure out who each gift belonged to before opening them. Upon solving that first riddle, they would open the gift only to find another gift and be told that again each of them had the wrong gift. And so on—five layers deep.

These gifts wouldn’t necessarily be beautiful. The goal this year was to create a fun, memorable experience. Here’s how it went down:

Stage 1: When were you born?

One side of each box showed a calendar pattern that corresponds with the 2019 month of someone’s birth. Those with birthdays on the same month had their birth date indicated with a circle. The other sides of the boxes showed random box patterns that meant nothing and were only used to throw them off the scent. Atop each box was an origami key. This would come into play later. 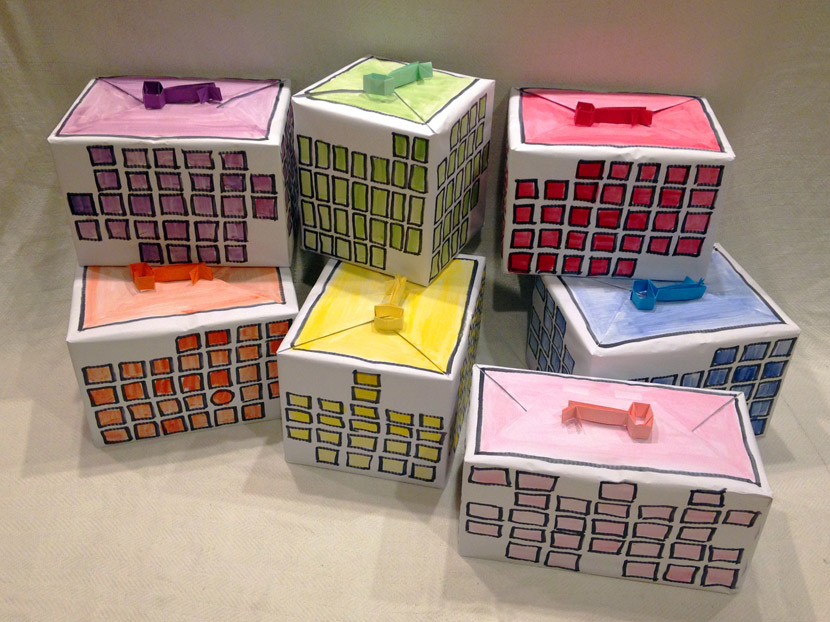 Upon lifting this gift out of the first gift box, recipients were told to take off the black cloth that acted as a ribbon and tie it across their eyes as a blindfold. They had to figure out who each box belonged to only with the sense of touch. On the bottom of each box their names were spelled out in Braille using googly eyes. Without knowing Braille they could figure out the names via number of letters and letter patterns. 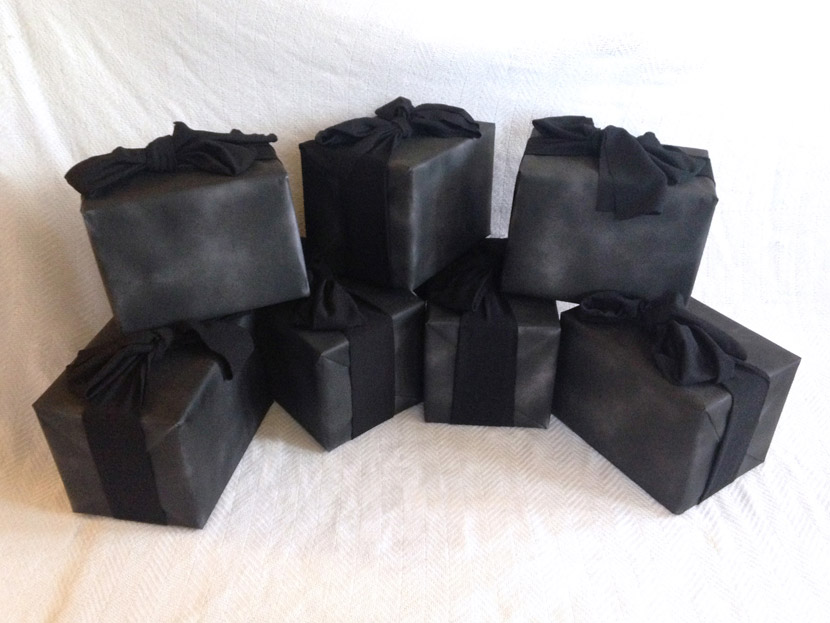 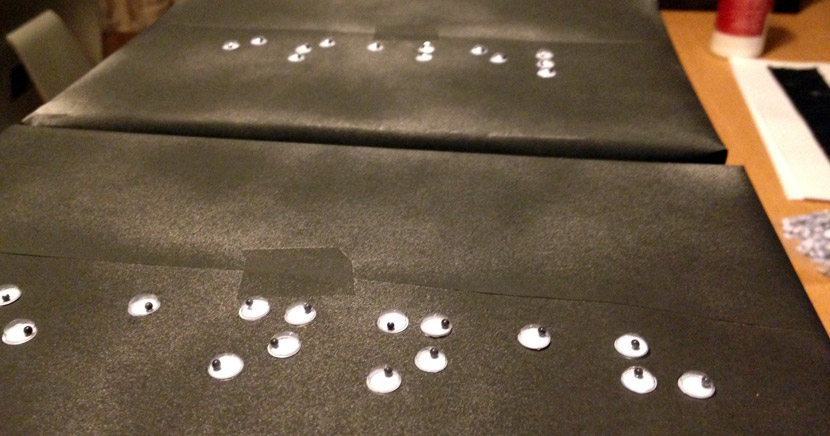 For stage three, boxes had to be placed together like puzzles using four colored sides to reveal four different words. The resulting phrase was “gook unich de schtake.” They had to figure out the language was Pennsylvania Dutch (which none of them speak but are familiar with) and then ask my father for an interpretation (PA Dutch is his first language), which is “look under the stairs.” In the closet under the stairs was a key assigning a number to each recipient that corresponded to the number of dots on one side of each box. 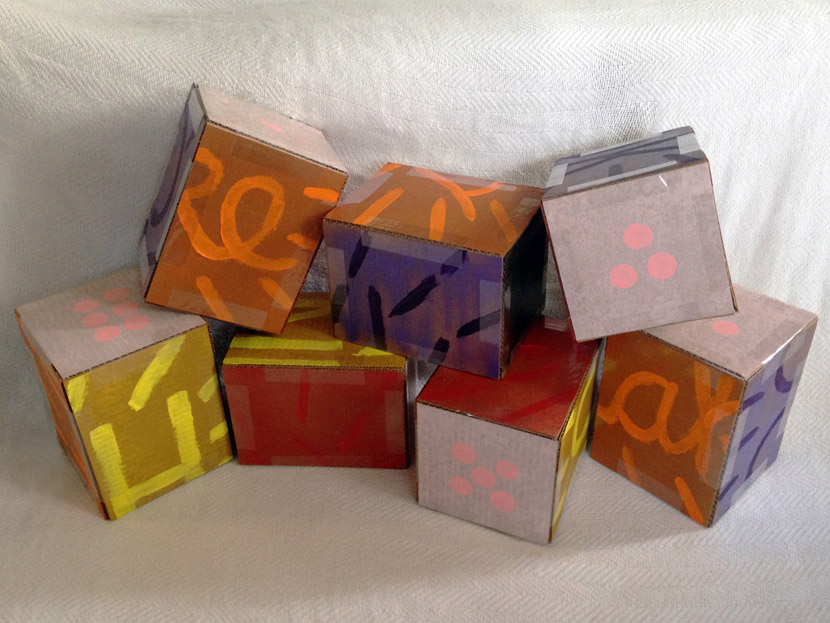 Next they were presented with white boxes having two long numbers written around them in thick, black marker. To find out who each box belonged to they had to figure out that these numbers were coordinates. Using smart phones, these latitudes and longitudes were plugged into mapping apps to discover city and landmark names that corresponded to their own names. 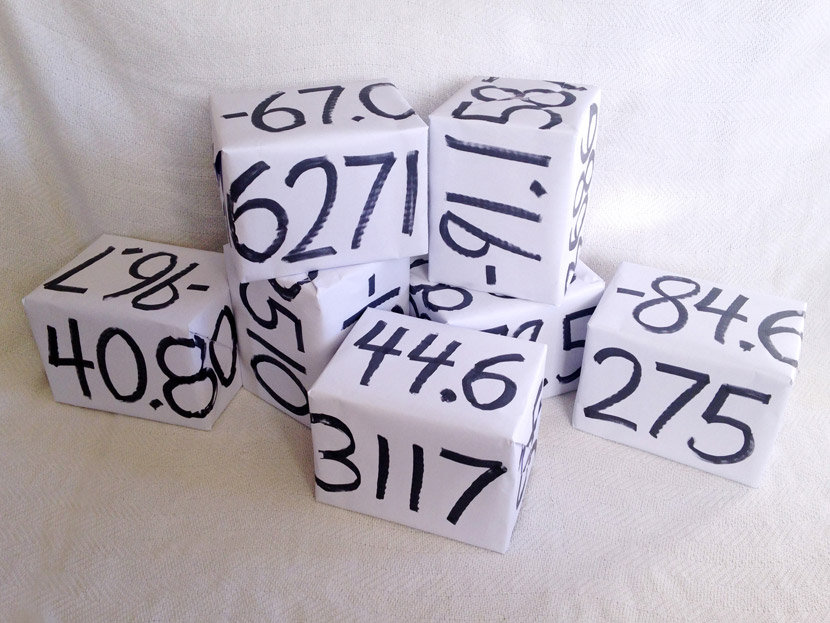 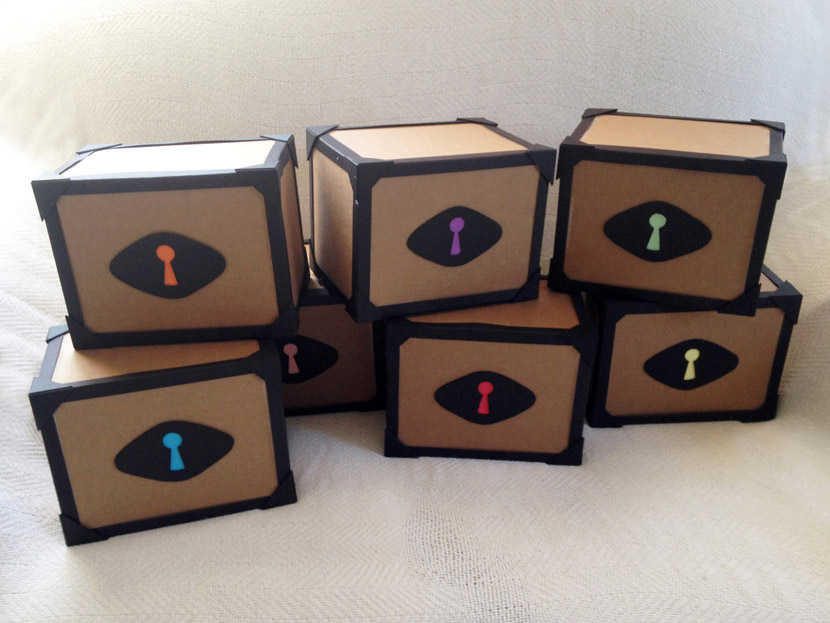 This ended up being a lot of fun. And half the fun was watching them realize how many nested levels there were. The first four levels took approximately ten minutes each to solve. The fifth and final stage was figured out immediately. And again, it was more about the activity than the actual gift. Hopefully this will be a fun memory for them.