Pierre Amoros performed in the early part of the 20th century along with his famous Amoros family. His acrobatic sisters, Josephine and Heloise, were billed as “Those French Girls.” Pierre’s aunt, Theresa, married Alfred Werner and the entire clan was billed as the Werner-Amoros Troupe. They played circuses for years, eventually touring the vaudeville circuit in the United States where their act included pantomime and comedic juggling. Pierre was famed for juggling nine billiard balls. It is said this is what prompted the great Enrico Rastelli to learn to juggle ten, though it is believed that Pierre eventually mastered ten-ball juggling as well. 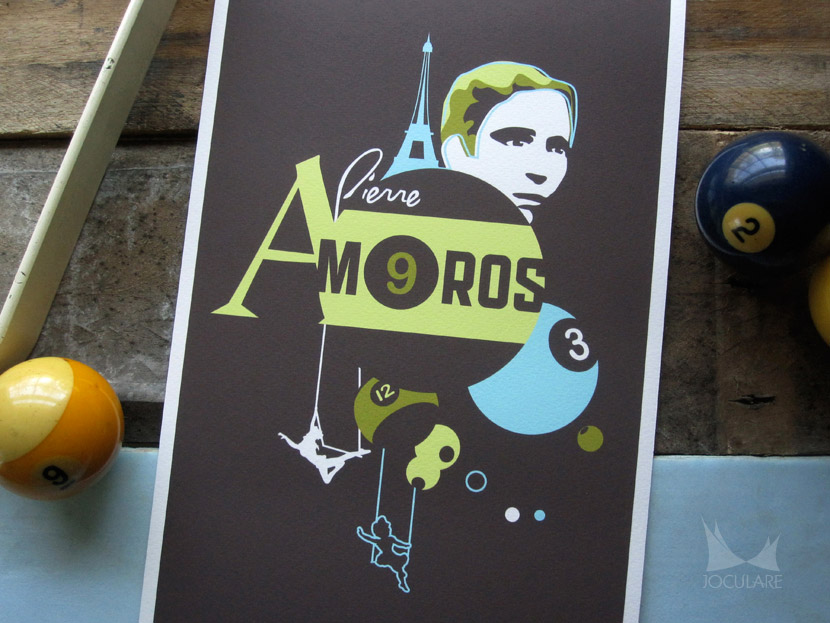 In this poster series, some juggler are well known and some are very obscure. Amoros falls into the latter category and so I decided to tell some of his story through the design elements. Included at the bottom are his two acrobatic sisters, showing he was part of a family troupe. As he could juggle nine billiard balls, all nine are included in the design with the nine ball front and center. The Eiffel Tower indicates his nationality, and his face overlooks it all.

Nine full circles (billiard balls) would be a bit overwhelming and it would be difficult to make them gel with the design. For that reason I varied the way the balls are presented, introducing white space and assumed edges. This opens up the design, giving it both movement and breathing room, especially as used in the nine ball. 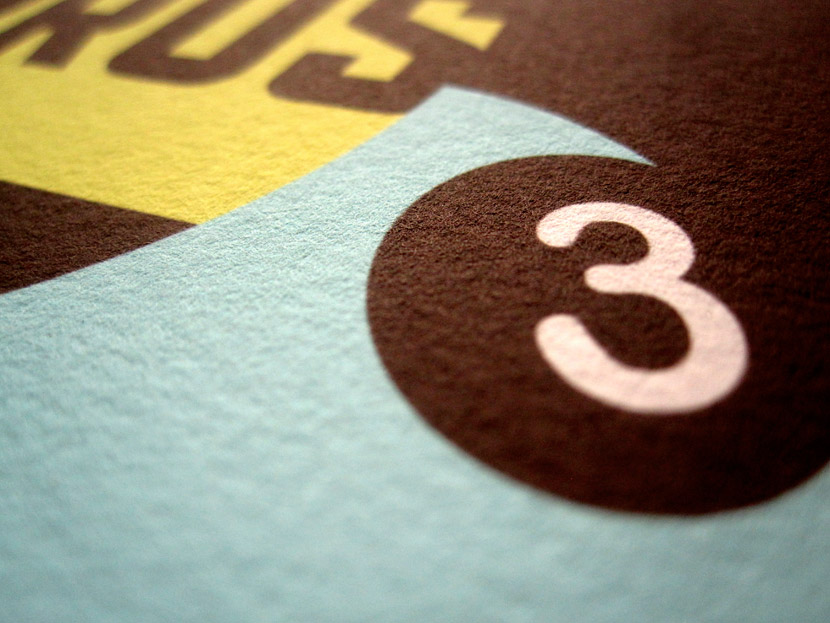 A line element is used throughout the design to bring cohesiveness to a number of elements. Specifically, a seemingly unnecessary blue line was added to the hairline of the face in order to tie it in visually with the acrobat swings and the first name. One of the balls is shown in outline only (of the same thickness as the other lines) for the same reason.

I put a lot of thought into integrating the type with the design elements. The “P” in the first name extends down and becomes one of the acrobatic swing ropes, while the line weight of the first name is similar to that of the other line elements. The last name works comfortably into the nine ball, with the exceptions of the “A” which is displayed largely to the left in order to add visual weight to that side of the design. The yellow of the “A” also blends in with the stripe of the nine ball, keeping the ball from becoming too defined and visually overpowering in its centered position. The “9” character acts as the hole in the first “o” of the last name, while at the same time those two shapes also represent the circled nine as found on a nine ball. 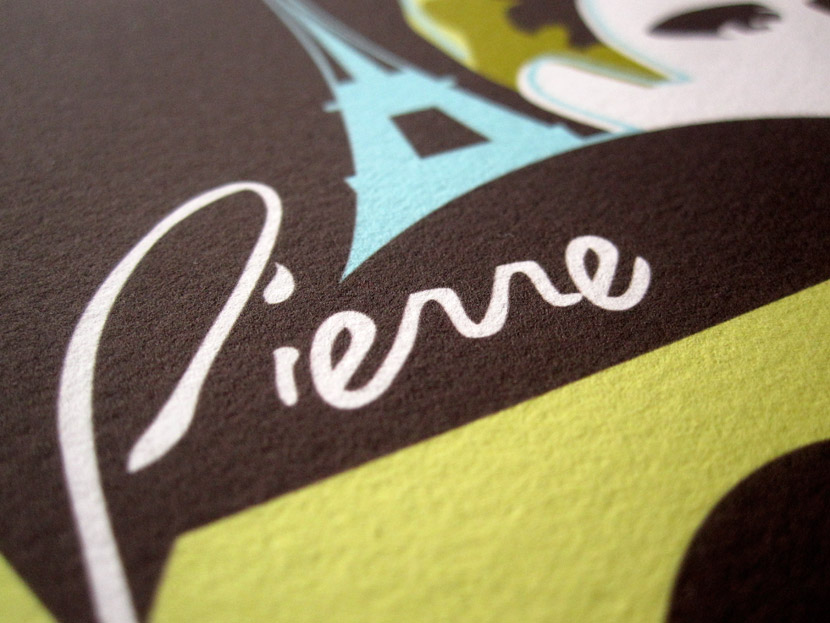 The color palette is limited to five colors to keep the design cohesive. And it’s a muted palette as this is a juggler of years past who we know little about. The variations of brown indicate that age and mist. The introduction of blue adds a needed but subtle pop.