Francis Brunn of Germany (1922-2004) remains an icon in the world of juggling and beyond, having masterfully combined athletics and beauty. He performed with his sister, Lottie, throughout Europe until the late 1940s, when they made the move to America with Ringling Bros. and Barnum & Bailey Circus. They worked the center ring for two seasons until Lottie left the act to pursue a solo career in 1951. Francis Brunn had speed and he had numbers (juggling up to ten rings), but later traded these in for innovation and art. Dressed in black, he gracefully combined Flamenco styles with juggling, spinning and balancing, achieving a simplistic difficulty that marks Brunn as one of the greats. 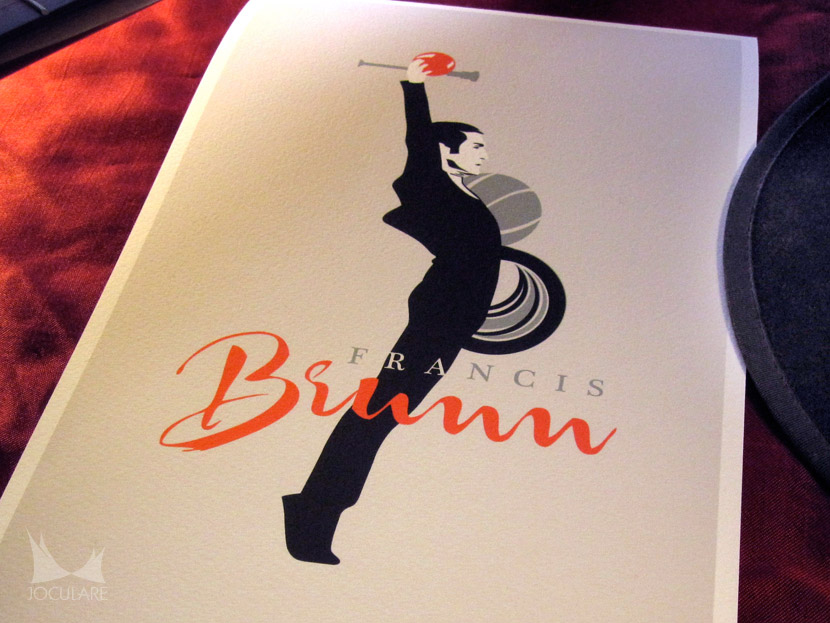 How do you design a poster around one of the most famous and revered jugglers in history? My answer was to go for elegance and timelessness. This meant clean and uncluttered. With a long and storied career, I had to simplify his life into a moment, just as I would simplify a design. I couldn’t show all aspects of his life, and with an audience that already knows and loves him, I didn’t need to show all aspects of his life.

So what is he most known for? I decided that would be the “Brunn finish,” a very difficult combination trick. Without getting into too much detail, it involved standing on one leg while spinning multiple rings, balancing multiple balls, and juggling rings with one hand. And capturing that moment was an option.

But for me, what stands out about Francis Brunn goes beyond dexterity and technical achievement. It’s the artistry he brought to juggling that inspires me. Because of that, the poster shows Brunn holding the props used in his finishing combination, but captures the triumphant moment at the completion of the move. His stance, posture, and stare all come together for a spectacular moment of stillness. 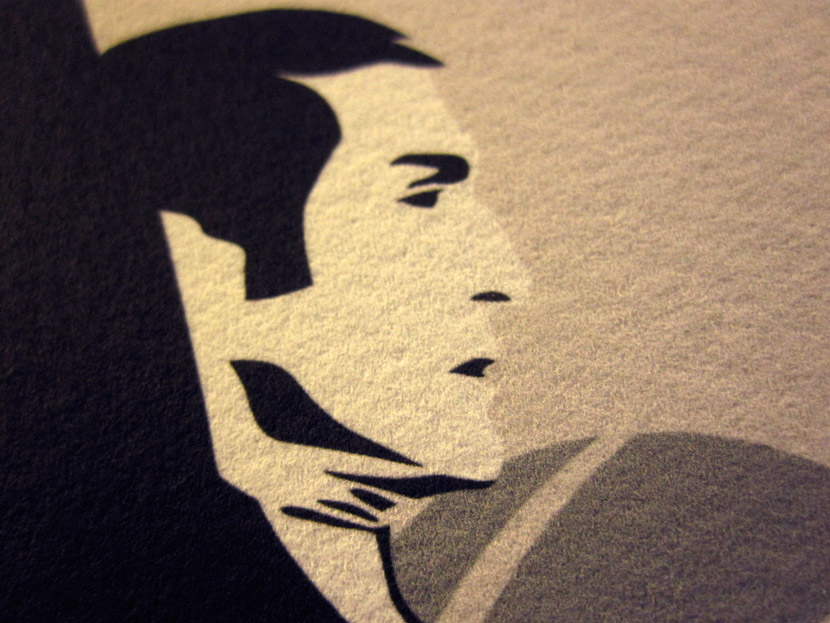 I know of no photos that capture this moment. I carefully studied multiple videos to craft this pose. Brunn is shown in profile. The outline of his body is tense, but uses soft corners. Only in his face are sharp corners used, emphasizing his intensity. 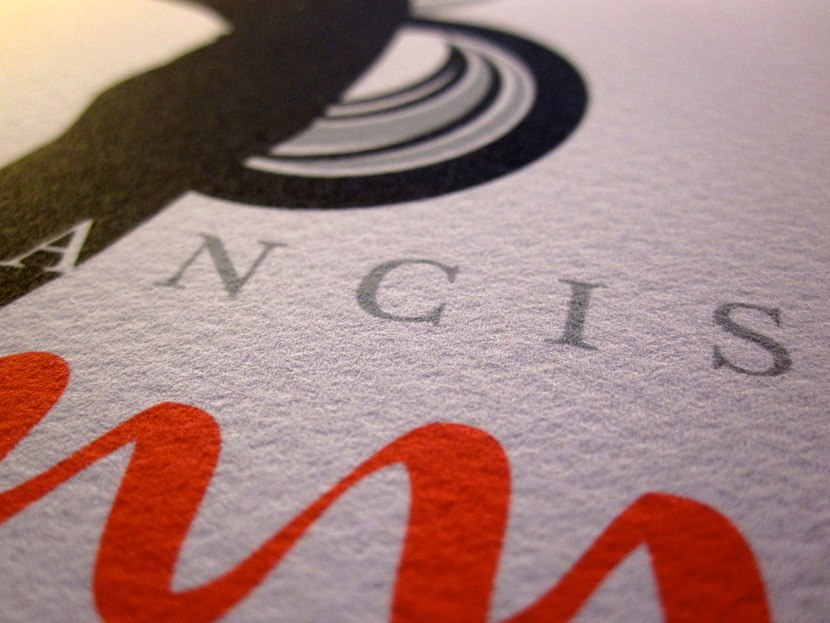 There was no need to introduce a lot of color. He wore black and that was that. Grays were introduced into some of the props to keep them secondary to Brunn’s frame. Only the script of his last name bursts with a bright red, flowing on the page like a matador’s cape, along with the ball at the apex of his pose (for balance).